Telling Stories and Seeing That Look!

When you ask a teacher "what is the best part of your job?"  You're likely to get an answer that attempts to convey the way it feels when a student finally grasps a concept they've been struggling with or some sort of "look" that a student gets when they surprise even themselves with what they are capable of doing.

I rarely get that "look."

Not because students don't learn things or have success in my class.  They do.  But social studies isn't like math or science, where kids really need to focus, study, and practice to grasp new concepts. There are very few "Ah-hah moments."

I have always thought social studies was more about the "social" part and not as much the study. Many times it can be confused with just learning about important events and memorizing dates.  But to me it's more than that.  Social studies is about the people.  The stories of the people who lived through, participated in, and impacted these events that we study.

Today my 7th graders got to hear stories.  Stories of a man who was a captain during World War II, a jeweler who designed jewelry for a princess, a family man who liked to fish and do impulsive things, and part of the "history" we all study.

And got "that look."  The look of complete awe and amazement at finally coming to realize the important connections that are made by looking into our past.

This lesson is called The REAL History in a Bag.  It is the finale (or kick-off, depending on how I organize things each year) to my Training Future Historians introduction.  The previous class period had the students participate in a History in a Bag - Teacher Edition, which I wrote about here.  That was practice.

Today students would be challenged to analyze five artifacts that belonged to an individual that died over 40 years ago.  By studying the artifacts the students should be able to answer these questions...
The artifacts were set out at four different stations.  I held one back to give out for the end.  Students were divided into groups and sent with an artifact analysis sheet and set off to study the sources. 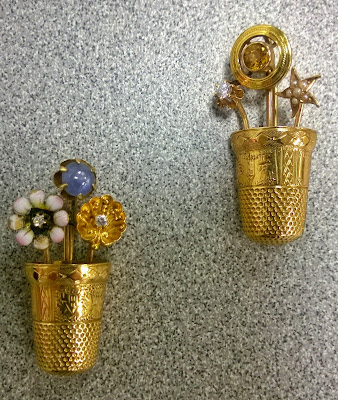 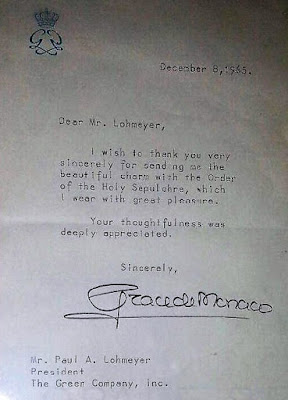 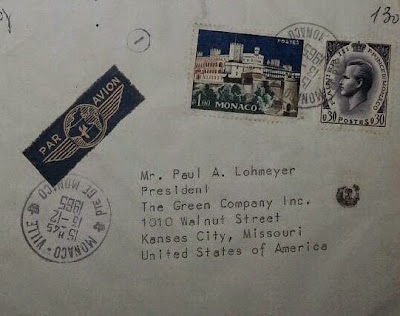 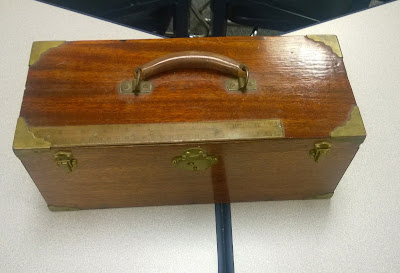 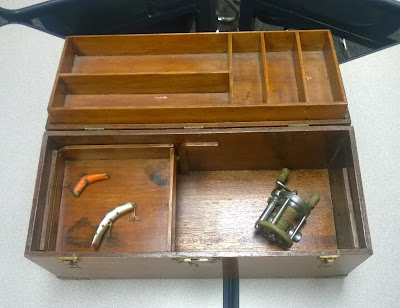 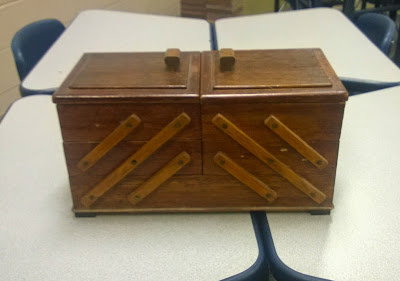 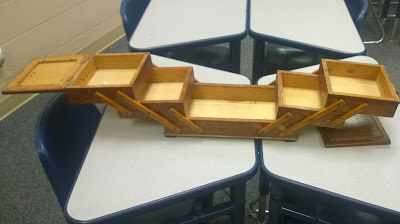 Finally once the little historians were through each of the 4 artifacts, I passed out the last one.  A newspaper article.  I save this one for last for two reasons.  One, it is longer and would take longer to go through than the other stations.  Two, it gives most of the answers to the above questions. 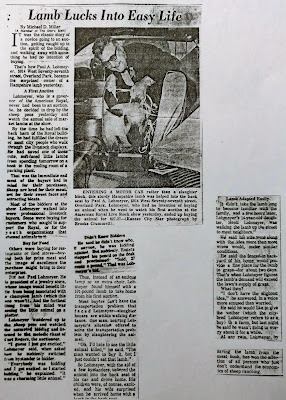 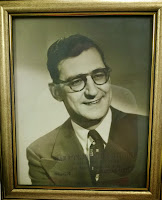 After giving them some time with the newspaper article, I ask them if they can answer all 5 questions.  They can.

And then I get to tell the story of Paul A. Lohmeyer. 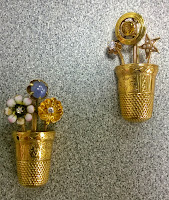 1. Jewelry:  Mr. Lohmeyer was President of the Green Company Inc.  He made these two pieces out of a thimble cut in half and dipped in gold.  The flowers were old tie pins that men used to wear to hold their ties in place on their shirts.  These pins were a gift for his wife.

2.One of my favorites!  Mr. Lohmeyer had many high profile clients.  He designed and sold a charm to Princess Grace of Monaco, more popular in the U.S. for her movie films such as "To Catch a Thief."  Grace Kelly.  This is the thank you letter she sent him.  **At the start of class I showed a short video clip that was a brief biography of Princess Grace. They are too young to know who she was.  This gave them some background knowledge. Watching the students try to figure out the signature was great!  .

3. The tackle box:  No real mystery to this one.  Paul liked to fish in his free time.  One of his hobbies.  He had a collection of antique fishing lures that I didn't have for the kids to look at today.

4. The Sewing box:  Mr. Lohmeyer also served in the Army during World War Two.  He raised to the rank of Captain and was placed in charge of a German Prisoner of War Camp.  His treatment of the prisoners respectful and fair.  To thank Captain Lohmeyer, the POW's made this box for him.  Without tools.  The screws were inserted with a can lid.  Even some of the pieces were fashioned out of a can.

5. The Newspaper Article:   Mr. Lohmeyer stopped off at an animal auction one day, just for the fun of it.  With all the bidding excitement he joined right in and ended up buying a Hampshire Lamb, and taking it home in the back seat of his car (can you imagine his wife when he got home???)  The lamb lived in his back yard and his two daughters would walk the lamb on a leash up and down their suburban street.  The neighbors must have been entertained!

The Conclusion:
Mr. Lohmeyer bought that lamb in October of 1967, little over a year later on December 3, 1968 he was killed in a car accident on his way home.  He was 55 years old.  This picture is a school photo of his youngest daughter in 7th grade, less than a year after he died.  Her name is Julie. 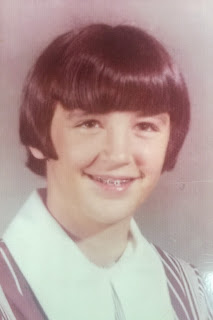 And then I move to the last slide of the presentation.  A picture of Julie today.  And I wait.  I don't say a word.  I just watch them and wait for...that look! 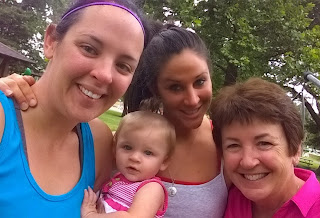 You see...I, along with my sister, is pictured standing here with Julie.  My sister also teaches at the school, so these kids are familiar with her.  It doesn't take them too long to put it all together...

WAIT!  So you're related to her?!?  That makes Paul Lohmeyer your grandpa!

Stories people...hook your students with stories.  Tell them about the people who lived through these dates and events that shaped our country.  Because it is in the people and their stories that real history lives.
Posted by Jill at 6:19 PM