"Mrs. Weber, why do we need to learn about history?  I mean, it's in the past, what does it matter now."

The "typical" history teacher response usually goes like this.  "Because in order to not repeat the bad things in history we need to learn from them."

Yeah, yeah, that may be true.  But that's a boring answer.

Today, my students got another answer out of me.

I prepped this activity with my previous blog about the first day of school activity "History in a Bag."  If you missed it, click here, and read about it.  I'll wait...

Today my 7th graders came in seeing a big box which had a grocery bag taped to it with the words "REAL History in a Bag."  (The items were too big to put in the actual bag.) 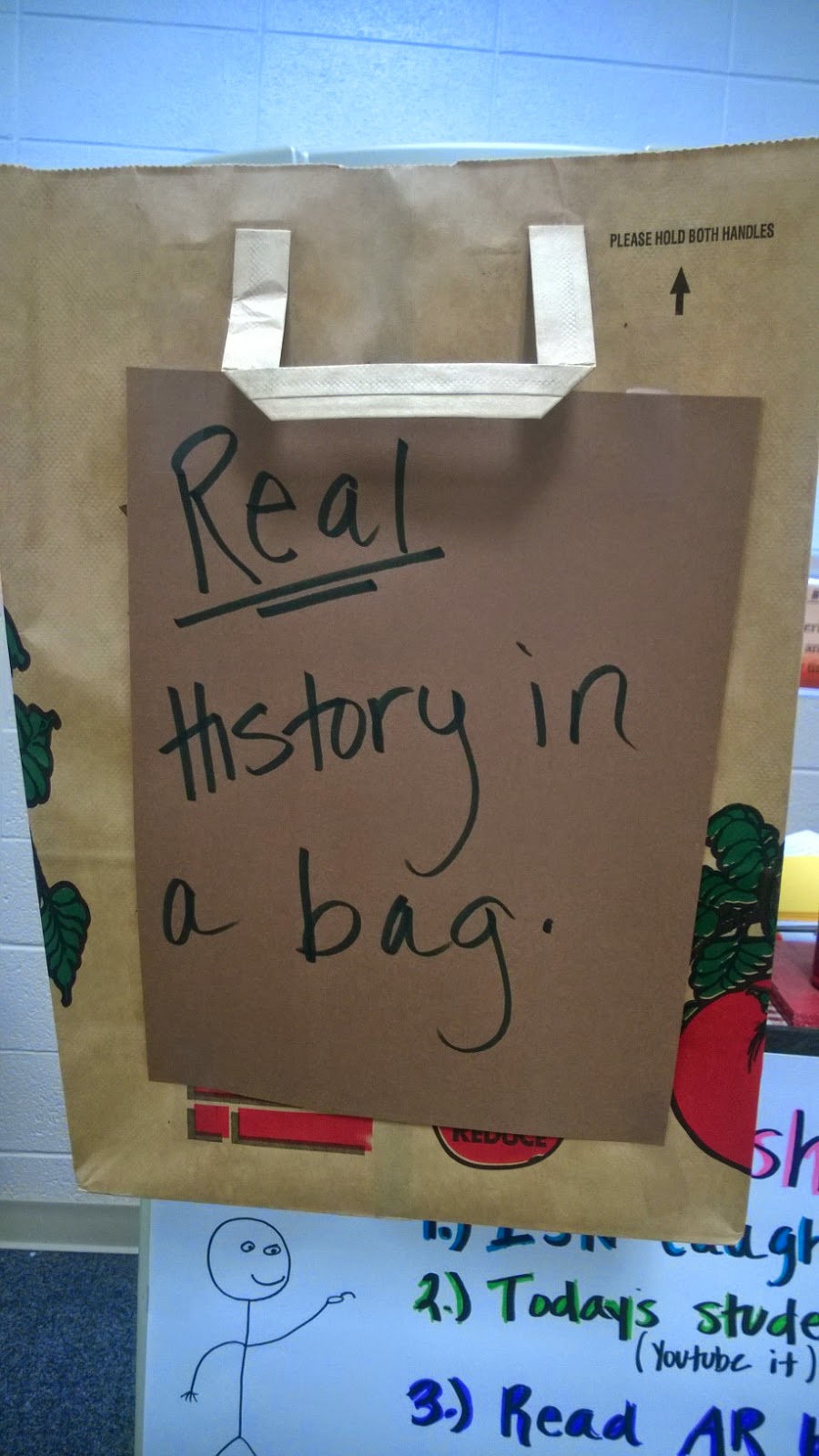 There were also 5 questions on the board with the statement that said:  By the end of today's activity you should be able to answer the following questions.
We then reviewed our two vocabulary words from last class period.  This sort of shocked them because we never wrote down definitions, used terms in sentences or drew illustrations.  I never even said "we have two vocab words we are going to learn today."  They didn't even realize we talked about vocab words last class.  Then I told them to think about their bags and what the purpose of that activity was... and wouldn't you know, they were quickly able to identify our words.  Primary Source and Infer.  They could also tell me the definitions and give examples.

I love it!  They learned and didn't even realize!  Score one for the teacher!

Next I told them today we would be taking the process we learned last time and applying it to a "real" history in a bag, with primary sources.  (See what I did there...taking something we previously learned and APPLYING it the next day.  The education gurus would be so proud of me!)

***There were literally hundreds of ways that I could have organized this lesson, the way I finally decided to do it was based on purely time.  How to squeeze in 5 cool primary sources, discussion, and learning in one 75 minute class period.***

Finally we were to the point of class that all the students were waiting for.  The answers.  The stories.
The Answers: 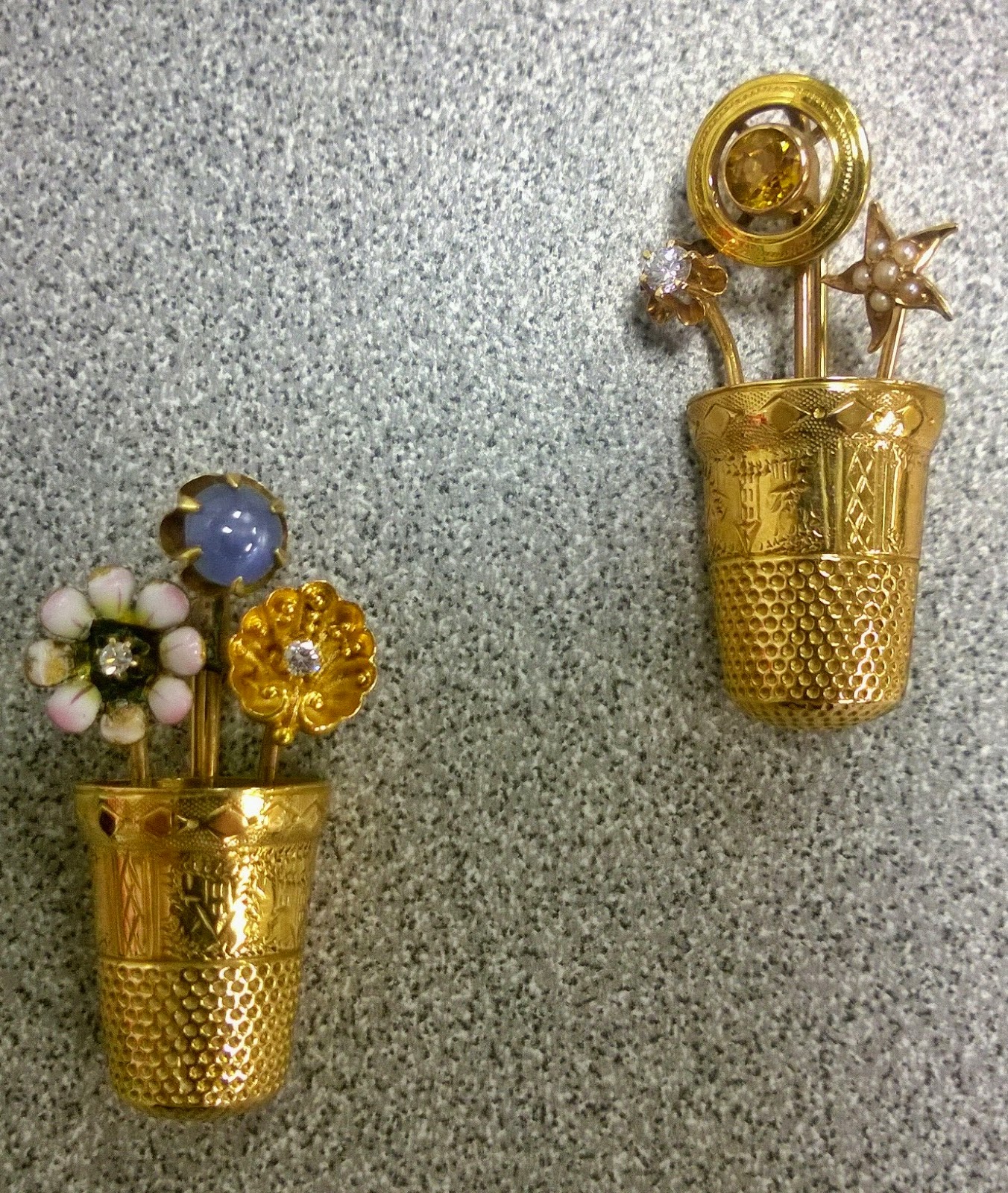 Mr. Lohmeyer was President of the Green Company Inc.  He made these two pieces out of a thimble cut in half and dipped in gold.  The flowers were old tie pins that men used to wear to hold their ties in place on their shirts.  These pins were a gift for his wife. 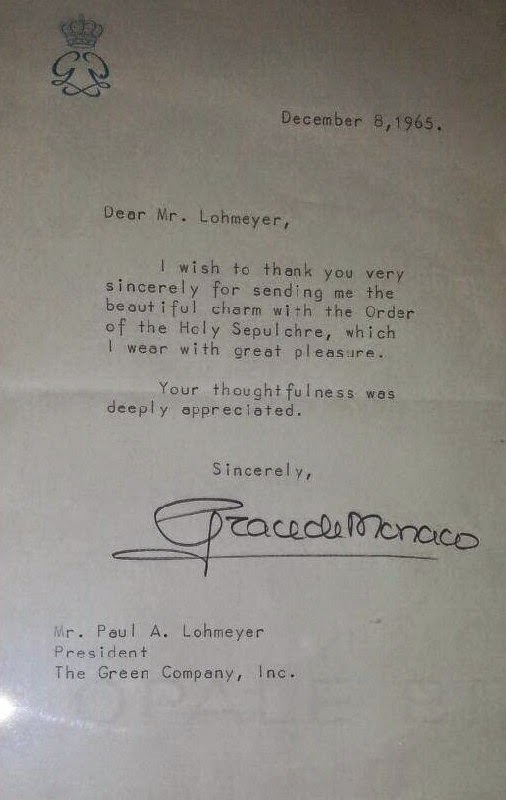 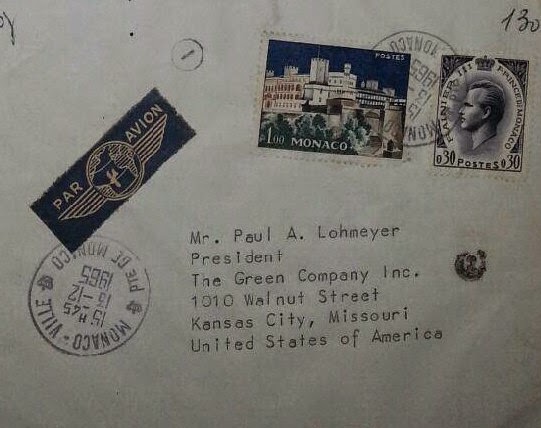 One of my favorites!  Mr. Lohmeyer had many high profile clients.  He designed and sold a charm to Princess Grace of Monaco, more popular in the U.S. for her movie films such as "To Catch a Thief."  Grace Kelly.  This is the thank you letter she sent him.  Watching the students try to figure out the signature was great!  They did a great job using the clues on the envelope to discover that Monaco wasn't her last name, but some type of city or country. 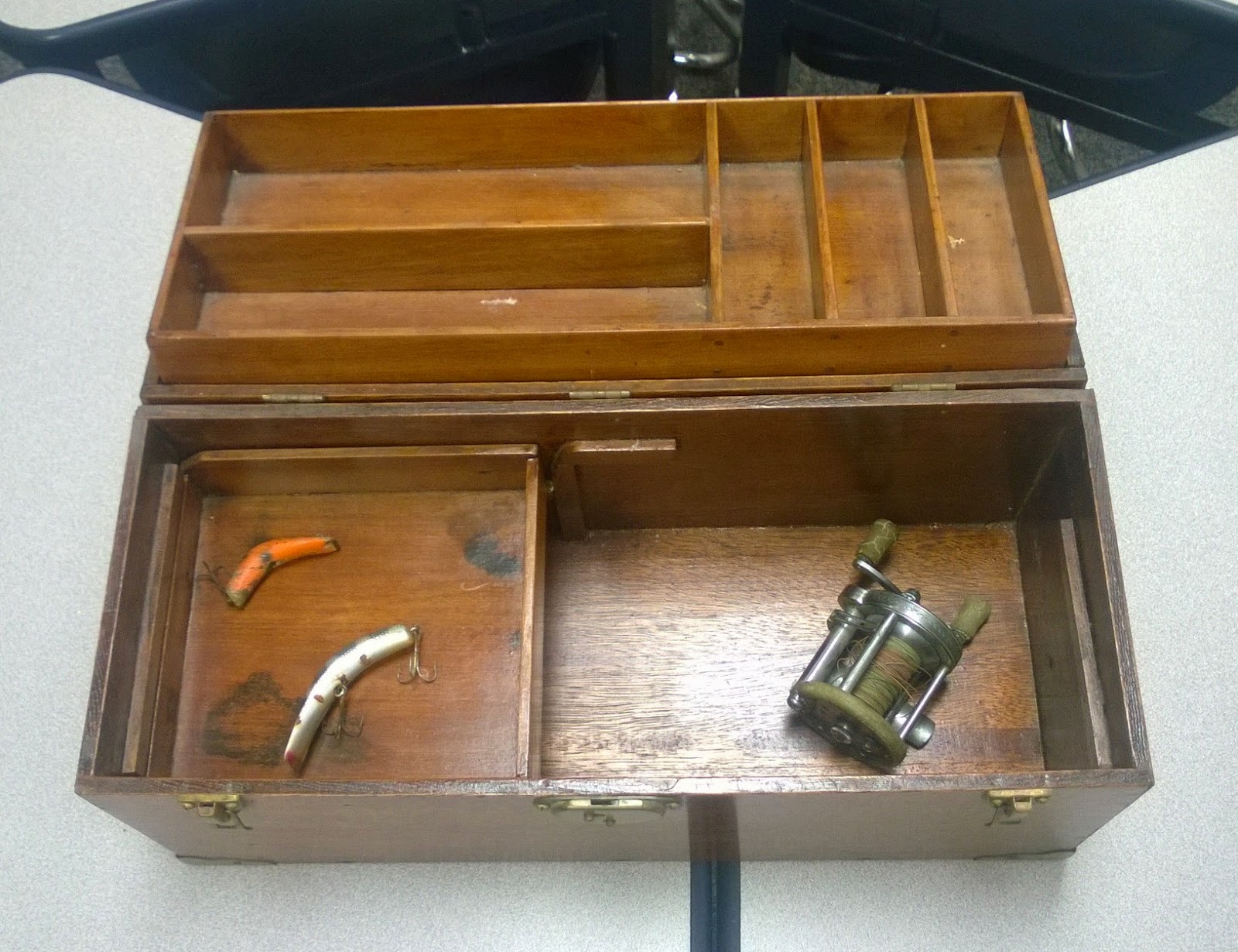 Probably one of the easiest.  Mr. Lohmeyer enjoyed fishing. 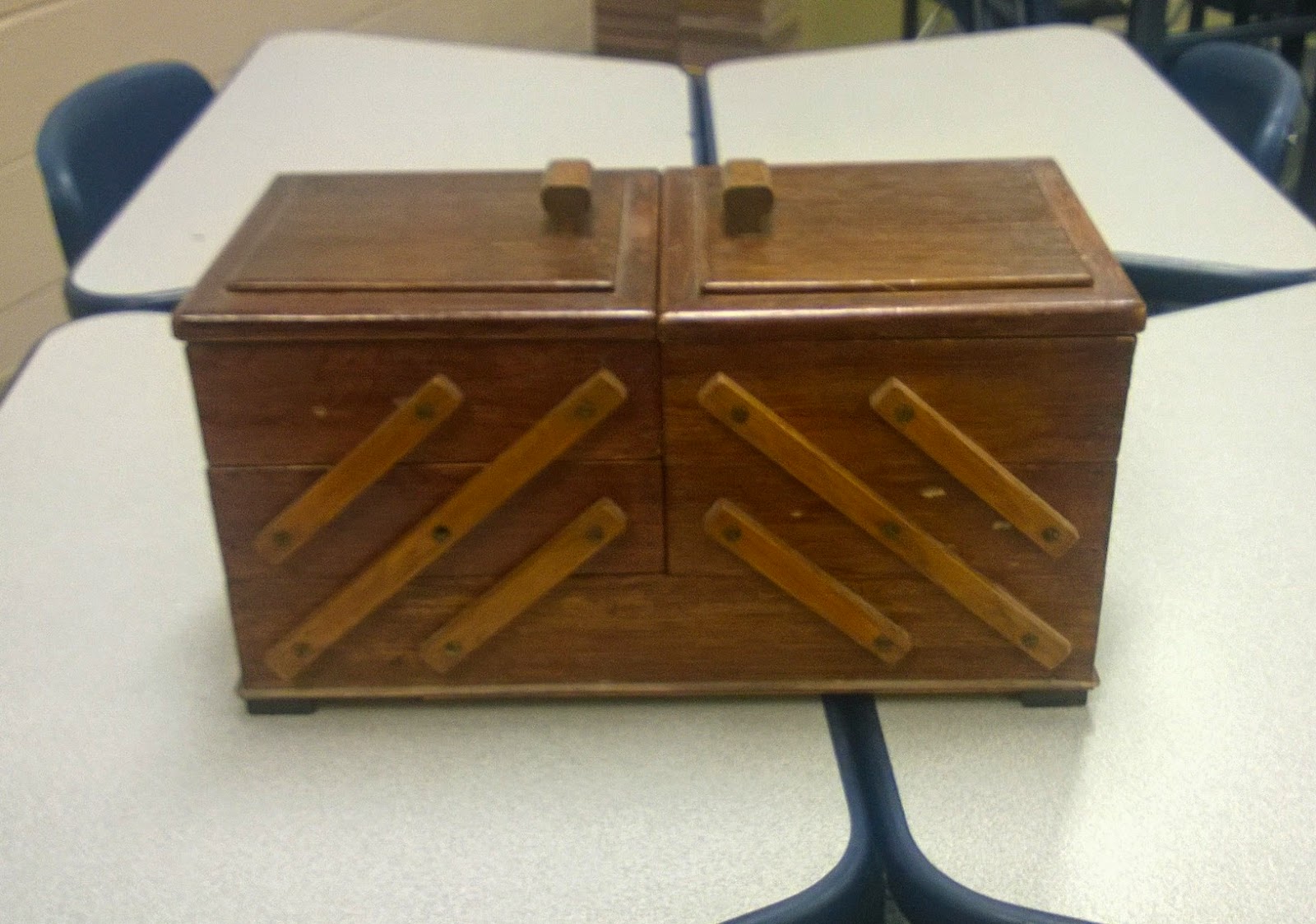 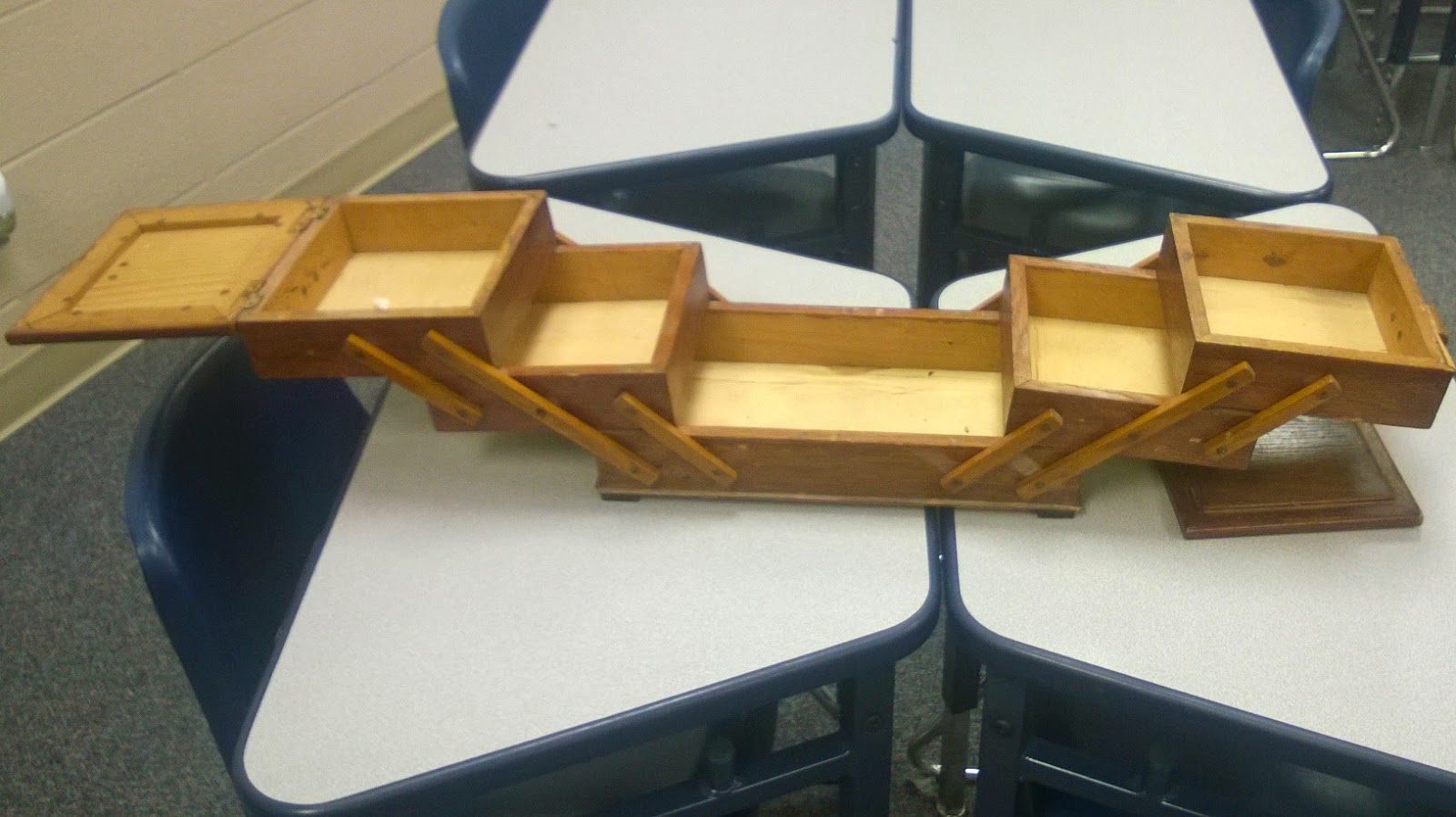 Mr. Lohmeyer also served in the Army during World War Two.  He raised to the rank of Captain and was placed in charge of a German Prisoner of War Camp.  His treatment of the prisoners respectful and fair.  To thank Captain Lohmeyer, the POW's made this box for him.  Without tools.  The screws were inserted with a can lid.  Even some of the pieces were fashioned out of a can.  See...I told you.  Cool stuff.

Mr. Lohmeyer stopped off at an animal auction one day, just for the fun of it.  With all the bidding excitement he joined right in and ended up buying a Hampshire Lamb, and taking it home in the back seat of his car (can you imagine his wife when he got home???)  The lamb lived in his back yard and his two daughters would walk the lamb on a leash up and down their suburban street.  The neighbors must have been entertained!

The conclusion:  Mr. Lohmeyer bought that lamb in October of 1967, little over a year later on December 3, 1968 he was killed in a car accident on his way home.  He was 55 years old.  This picture is a school photo of his youngest daughter in 7th grade, less than a year after he died.  Her name is Julie. 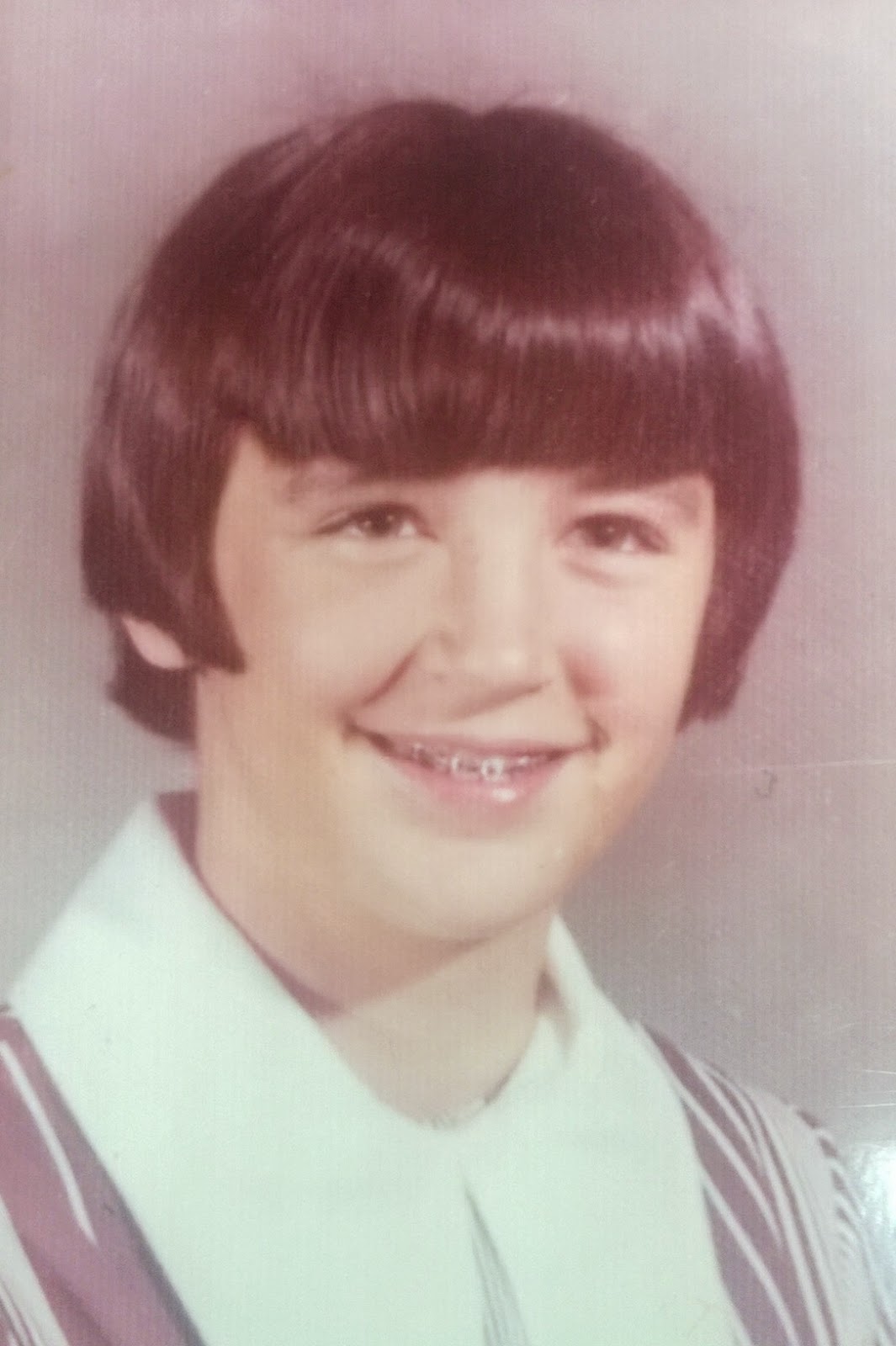 This is her today on the far right. I am pictured on the far left with my sister in the middle.  My daughter is the cute little baby. 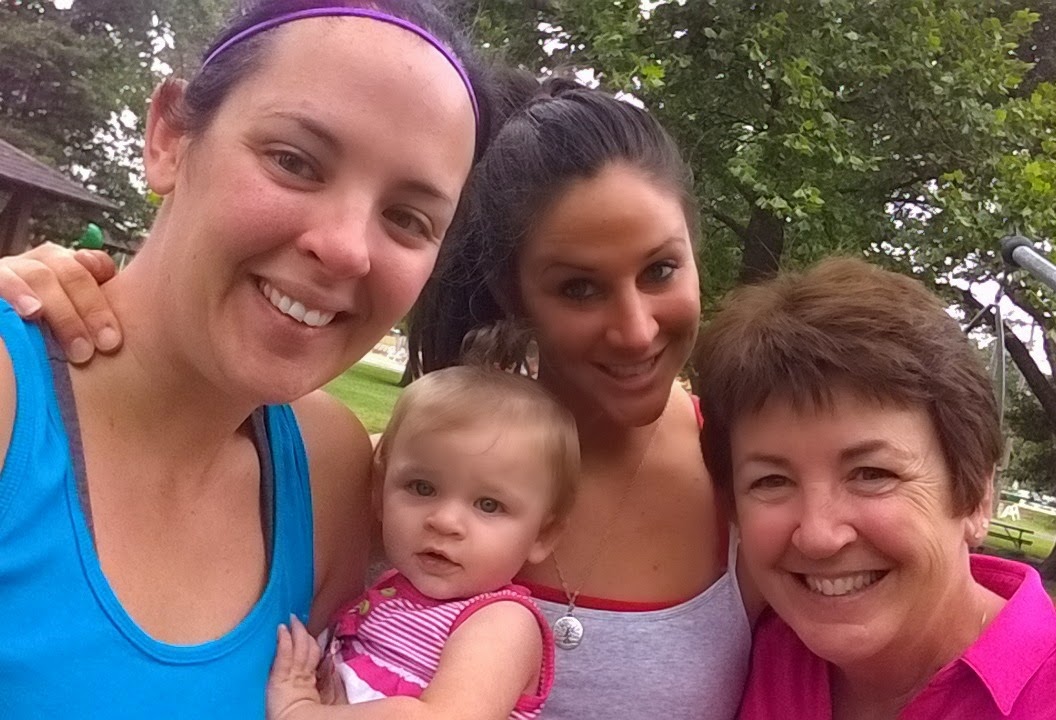 The kids figure out the connection.  Paul Lohmeyer was my grandfather.

Why do we study history???

Because HISTORY. IS. AWESOME.  Because history is more than just dates of events that took place in the past.  History is full of stories, awesome stories about ordinary people who lived extraordinary lives.  History doesn't just tell us how our country was founded and who fought who in which war. History tells us who WE are and how WE got here.  It is a part of all of us.  And it is AWESOME!