Sometimes it all goes right. Thursday morning I didn't think the day was going to turn out. It was just one of those rough mornings. Bad news and frustrations everywhere I looked. Before class started I thought...."man, I'm gonna really have to fake-it-to-make-it today." But then class started, and we got rolling with our topic and activity. By the end of my first block I knew I wasn't gonna have to "fake it." Today was AWESOME!

And it was made possible by the Structured Academic Controversy (SAC) activity I found using Stanford History Education Group (SHEG). If you aren't using SHEG in your classes...get on it! Seriously one of the best resources out there for incorporating and teaching with primary sources.

The SAC provides a controversial questions, documents for research, and the procedure for students to participate in small group debates. Students learn how to argue with evidence! And middle school students LOVE to argue!

The entire activity took two full class periods (we are on a block schedule, so two 75 min. classes) Here's how it went down... Want the SHEG lesson? Click HERE

Day 1:
Introduce the activity by telling your kids... "Today I am going to teach you how to WIN an argument. Whether you're arguing with your parents, teachers, girlfriend/boyfriend, this is how you WIN." (The KIDS LOVE that intro, cause they all can relate to arguing with someone, and they ALL want to WIN that argument."  You see...you will NEVER win an argument if you don't have evidence to back up your claim. Today is about learning to back up what you say!

I now tell my students the controversial question and their teams. Today they will be doing research in groups of four. Our question comes from the SHEG activity.


Were Lewis and Clark respectful to the Native Americans they met on their journey?

Students know that they will eventually be debating over this topic, but they do not yet know which side they are arguing. This time is just purely spent analyzing the documents and trying to understand what they are saying.

The next step is locating specific evidence for both sides of the argument, think of an upside down triangle. They started with a BUNCH of information in five different primary source documents, and we're trying to narrow the focus a bit. Students identify 3 direct quotes from the document that would support "YES, Lewis and Clark were respectful to the Native Americans..." and three direct quotes that support "NO, they weren't respectful." 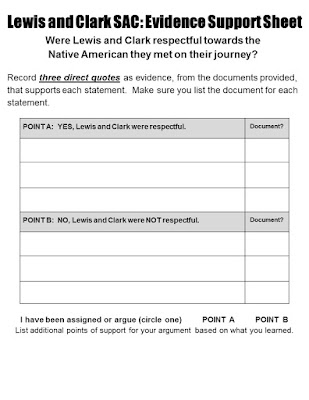 Day 2:
Within their groups of four, students are paired up 2 and 2. I tell one pair that they will be arguing "YES, Lewis and Clark were respectful," and the others that they are arguing "NO." The team of four now separates in order to prepare for their argument.

This is a very important step, for it teaches them how to search for evidence that will back up their claim. It also forces them to learn about BOTH sides. You see, not only are they preparing points of emphasis and evidence for their own argument, but they are also looking at what points the OTHER SIDE is going to make and how they can argue against that.

After about 20 minutes of prep time, I bring the team of four back together. I go over the rules of the debate. Team "yes" gets to start by bringing up their reasons and providing evidence from the documents. Then team "no" has a chance to give their points of view. (At this time, no rebuttal can be made.) Once each side has had a chance to explain their reasoning, the groups can begin to debate over specific issues mentioned. This is where you start to see the volume increase! 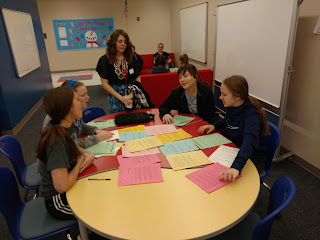 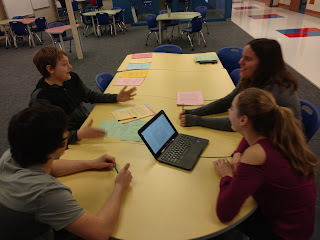 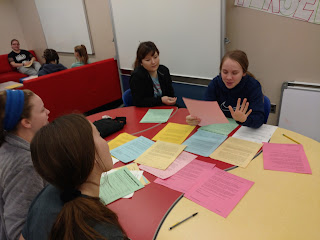 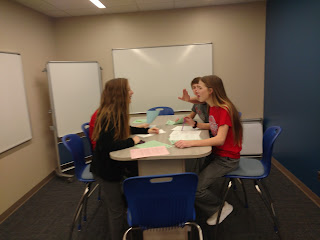 Assessment:
After debating for 10-15 minutes it's time to assess. Students are asked to construct a written response on their own PERSONAL opinion over the topic. They must use evidence from the documents provided in their writing. I usually ask for 5 sentences, but with this activity they always write more. The debate caused them to have a personal opinion on the issue and they tend to have LOTS to say about it. 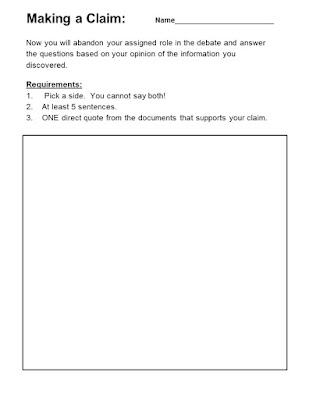 Big Goals:
Ok...this activity is AWESOME on it's own. Give it a try (you can do this same structure with ANY topic that is argumentative.) It's great!  However, I have plans for this in the future. No matter how good any lesson turns out to be, there's always room to improve and make it better. In the future...

I want to turn this into a court case. I want the Native Americans to sue Lewis and Clark. Think about the possibilities...


If you would like copies of the worksheets posted above, want to
Posted by Jill at 12:35 PM