The Power of a Story

This is a long post filled with many pictures.  Read it anyway.  You won't be disappointed.

My 7th graders walked in to class today, as we are about to start our next unit of study.  They didn't know what the topic was, or what the plan was going to be.  To them, it was just another day.  I have been waiting for this activity for weeks now.  I knew this would be a good one.  Stories always are.

Stories are so powerful.  The more truth behind the story, the more invigorating it can be.

Make the story have a secret twist at the end to include you...and your kids will be HOOKED!  They get to actually see how things that happened in the past directly impact us today.

Here's what I did to set it all up.  Students were divided into teams and given a copy of this worksheet to fill out based on a series of primary sources I will be giving them. 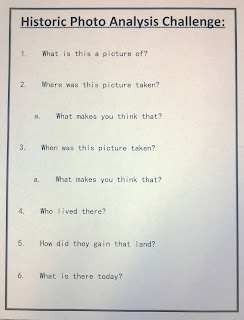 I then told my 7th graders that they would be given a photo.  This photo is the focus of today's lesson. By the end of the activity, they should be able to answer all the questions on the sheet about this one photo.  I will be giving them clues throughout the activity in the form of other primary sources. 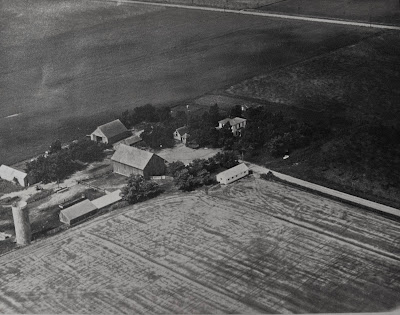 It is amazing to see how much they figure out just from one photo.  As I walk around I hear great conversations... 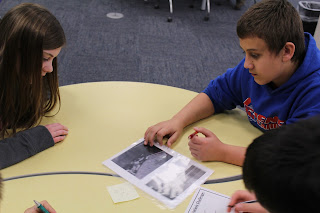 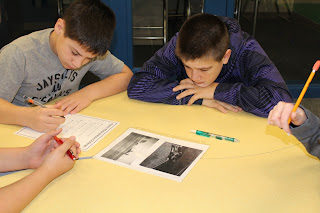 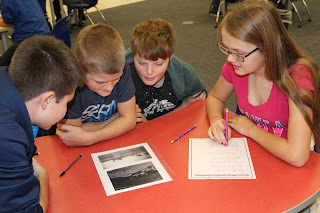 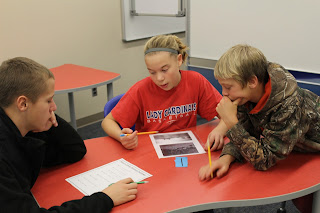 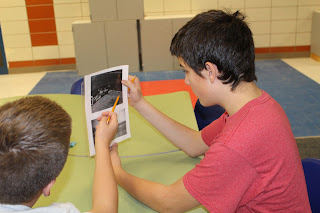 They are now given another photo of the same place, only this time from a different angle (and time period, since it is in color.)  They quickly notice the paved road, also giving them a clue that this photo was taken later than the first. 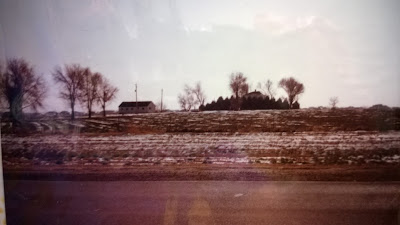 The next two photos, kind of throw them for a moment. These are present day photos that I got by using Google Earth to capture a similar angle of the same plot of land.  I also give them a present day photo from the second photo angle. 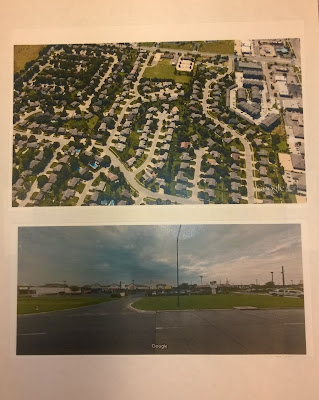 It doesn't take the kids long to realize that this is the same location, just present day.  The conversations again are awesome... 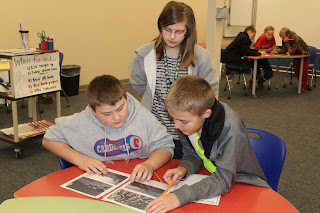 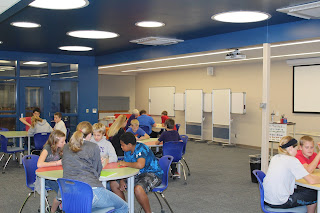 At this point the students have pretty much narrowed it down to the correct location.  However, it is the next clue that I give them which helps fill in all the blanks, and provide a nice little twist! 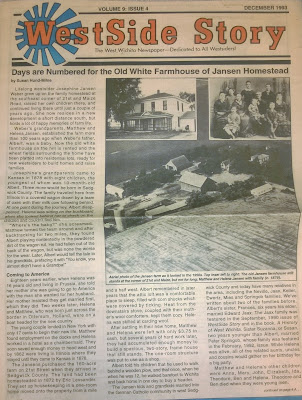 A newspaper article about the family who owned the land and what happened to it.  The kids read through the article and the awesome history of the family. 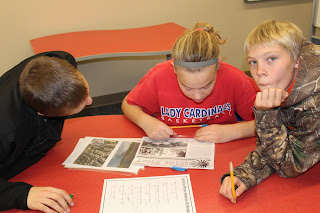 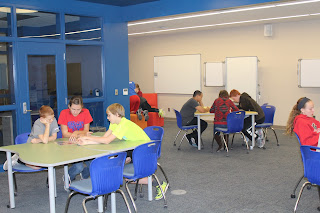 Now, it's during the reading of this newspaper that the students pick up on the name "Weber."  It starts to dawn on them, that there may be a little more to this activity than just thinking historically.  I get a few "Hey, your last name is Weber, are these people related to you?"

I just smile and keep walking around from group to group observing their conversations.

At the end of the activity, after each group has successfully filled out all the information we gather around for a discussion about what they learned about that first picture.  They all mention that they found it funny that Albert fell out of the wagon as a baby and that he was lucky to be found.

I answer any questions that they have, and of course, the biggest question they want to know is "are they related to you?"

The answer is in the family tree.  Josephine and William had 10 children; Marlene, William (Bill), Tom, Lavern, Kenny, John, David, Mary Jo, Bonnie, and Rita.  Bill grew up and married Dolores Biggs, who just happened to grow up and graduate in Cheney!  They had five children; Kevin, Ron, Beth, Ethan, and Todd.

And I am married to Ethan.

This whole activity was designed to introduce our topic of the Homestead Act to my class of 7th graders.  But it did so much more than that.  They were able to see how something that happened in the past was connected to everyone in that room.  They had a chance to see how awesome it can be to know your family's history and who lived it.

American History isn't just made up of dates, wars, congressional laws, or Presidents.  American History is made from the people who lived it.  Ordinary people who were involved in all these important events that show up in textbooks.  Throw out the textbook and teach the stories.  You won't be disappointed.  And neither will your students.
Posted by Jill at 10:20 AM