I never regret it when I get my kids up and moving. When I'm able to imbed content into some sort of physical activity. Sometimes it's as simple as reading them a statement on content and having them move to one side of the room if they "agree" and the other side if they "Disagree."

Sometimes it's a little more involved. Application. Action. Engagement. Today's activity comes originally from John Meehan (@MeehanEDU) I ran into the idea when Derek Schutte (@coachschutte) posted his "Constitution Run" on Twitter. I immediately tagged my colleague Becca Hawthorne (@MsHawthorne266) mentioning that we should do this sometime. Luckily for me, "sometime" to her meant the next day. She created the New Deal Run and our kids have all benefited from the simple, active-learning, application activity!

Here are the details.

We have been studying the Great Depression and done a few things with FDR's Alphabet Soup New Deal programs. Today the activity centers on applying what they have learned with senarios of different people and then deciding which New Deal Program would have been best for that person's situation. This is mixed with the idea of a "run".

1. Warm Up: Like anytime prior to activity, we should warm up. So I had the students "warm up their brains"  They were given a reading from pages in the text book. I decided NOT to staple them together so teams could "divide and conquer" allowing each person to take a page. They were given highlighters and told to read through the information highlighting anything that seemed important. I gave about 10-15 minutes for this and then allowed each group to discuss among themselves what was most important. ***This worked out great in the end because each person was able to recognize when they had read or highlighted something that was important in the scenarios later. This made sure everyone participated*** 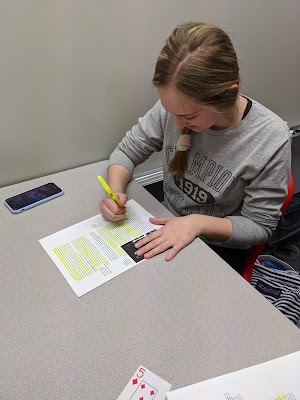 2. There were 10 scenarios cut apart and placed in a box in the middle of the room (we actually went to a vacant room in order to be able to spread out more. BUT this can be done in your own room as well). 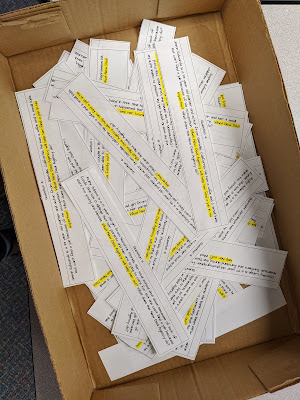 3. Rules: Teams were to send ONE person to "run" to the box in the middle of the room. Grab ONE scenario and take it back to their team. Working together they answer the question, glue to scenario to the larger 11x17 paper and then bring the page up to me for approval. If they are wrong, they have to go back and try again until they find the correct answer. (immediate feedback...BOOM!) Once I approve it, someone from their team can "run" back to the box and grab another scenario. The first group to get all 10 scenarios answered correctly (with my signature) and glued to the paper (in any order) wins. Prizes for the first two groups to finish. 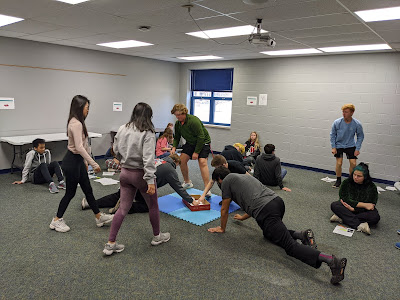 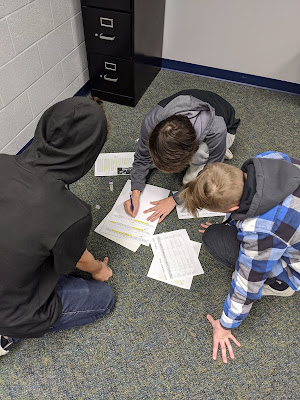 This activity was awesome. Not only did I have most students participating in various ways, they were applying what we learned and practicing for their test. Such a great way to engage the students in an activity with content. Plus...I haven't met a student yet who doesn't love getting prizes. Even something as simple as a Jolly Rancher.

Just a side note. While I have very high student engagement with this activity. I did not have 100% of the students with me. It is my hope that I am able to provide an engaging classroom for my students and many times I have most of the kids with me. BUT I am not perfect. There are no perfect teachers. Those students who did not participate fully miss out on participation points and a chance to practice scnearios that will be VERY SIMILAR to what they will see on the test. Choices have consequences.
Posted by Jill at 12:18 PM